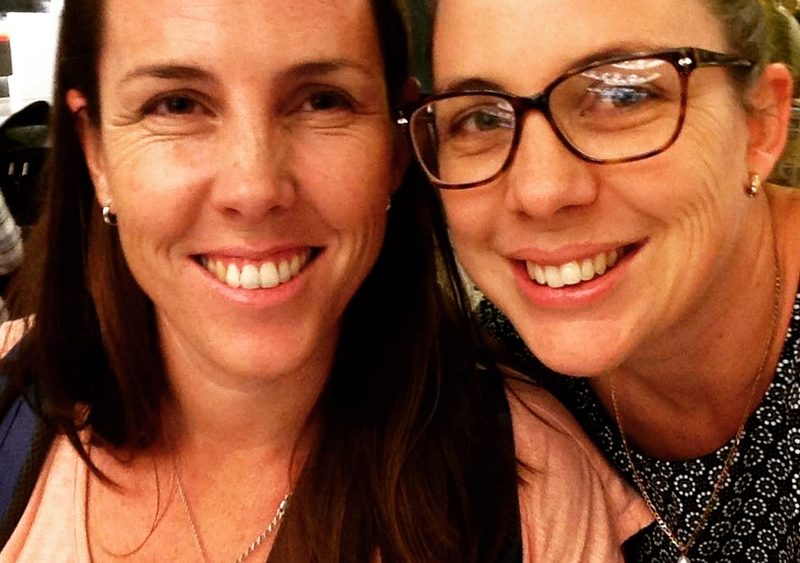 In 1975, a man named Brian penned a letter to his sweetheart Margaret, asking for her hand in marriage. He was living in Papua New Guinea and she in Australia. They had met ten months prior, and only once since, but they’d sent each other cassette tapes full of news and thoughts, and over time, their love grew.

Brian waited for a response to his request but it didn’t come before he had to go out of town on a work assignment. He telegrammed Margaret, asking her to use the radio phone to leave an answer. “Just reply yes or no,” he’d said. Everyone could hear everything that was said over the radio phone and he didn’t want people to know.

Margaret called with her answer and left a message for Brian to receive when he returned to Port Moresby. When Brian arrived back in town, everyone already knew that Margaret had accepted his marriage proposal!

I love this story told to me by a lovely couple in my church. What an agonising wait it must have been for each letter and tape in the mail!

My sister Kath moved to Mozambique about four years ago, and aside from the six-hour time difference that means she is sometimes awake when I am asleep, I have been able to communicate with her as easily as when she lived in the next suburb. Last week I messaged her from Ikea, “they don’t have the curtains you want.” She messaged straight back with an alternative.

This ease of communication has meant that we have been able to feel close and connected despite going years without seeing each other. It means we can stay in each other’s everyday lives, and support each other on days when we just need a friend.

But the instant access can be tricky too. Kath’s life in Mozambique is tough. For reasons I can understand a little bit; the loneliness of not having many people to speak English to, having to homeschool her three kids, not having access to anything (they live in a remote place) and missing her family and friends. But then there’s the reasons I can’t really even begin to understand; they get malaria, their close friends die, they attend a funeral every week, there’s desperate poverty, political unrest, witchcraft and so many different chiefs to please… so many things that I just can’t really get my head around.

My three sisters and I have an endless four-way chat going on Facebook messenger: Liz has a win at the travel doctor. I complain of a cold and missing an interview. Jenn is excited that the new Coles brings your groceries to your car when you park outside and call them! Kath tells us that the newborn twins just born in the village are sleepy, won’t feed and will probably die of malnourishment.

Can you see the problem?

I’m not saying that our lives are shallow and without problems. They definitely aren’t. I’m just saying that I can’t relate to the stuff that Kath faces on a daily basis. Often my stuff just seems so minor and petty compared to her sad, scary, heavy stuff.

Sometimes (often) I launch into chatter about my day, telling her stories and random things. I whinge about the kids and having to wake the little one up to do school pick up and how work is bothering me, and when I finally ask her what’s up in her world, sometimes her answer is so sad and awful, I feel kinda stupid.

If I don’t ever share my struggles for fear of thinking that my pain, stress and hurt are so small compared to hers, then we lose the vulnerability that comes with true friendship, and eventually we lose the depth of friendship.

I’ve been thinking about it a lot lately and I think it might not just be a first world vs third world problem. I think it’s just a people problem. For example, I shouldn’t mention that my husband got made redundant because she’s going through a divorce and that’s much worse. My kids are driving me nuts but I won’t say anything- her kid has cerebral palsy and that’s much tougher.

But if we rank and assess our hurt and pain compared to her hurt and pain, we may not open up to one another ever again. Brene Brown says, “hurt is hurt, and every time we honour our own struggles and the struggles of others by responding with empathy and compassion, the healing that results affects all of us.”

When we speak openly and honestly with our friends and family about our struggles and pain, we make space for them to do the same.

I’m not going to stop telling Kath that my kids are killing me or my assignment sucks or I cried at work again. I’m going to keep chatting to her about all the stuff- big and small, good and bad! And she can tell me whether the babies lived or died, and how she felt at her friend’s funeral, and all the good and bad in her world, and we’ll stay close and connected.