On being scared but doing it anyway. 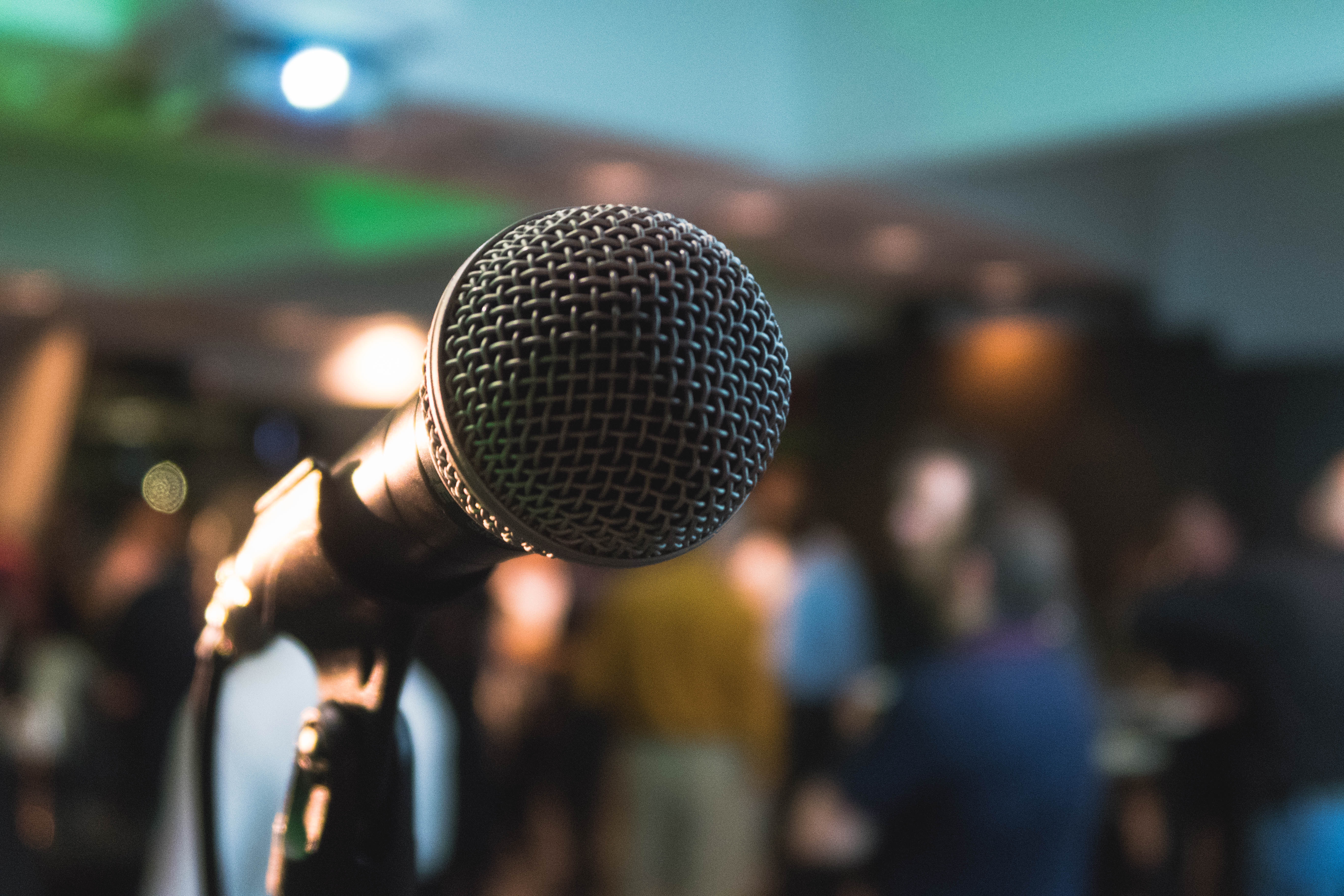 As the Worship Ministry Coordinator in my church, it is often my job to lead the church on Sunday when we sing together. I have been doing this for many years now- maybe 15 or so years, first at night and then in the morning services.

When I started, I really wasn’t very good at it. I was okay with the speaking parts, I was organised and well-planned, but when it came to the actual singing bit, I was a fish out of water.

In fact, for the first 13 years that I led worship, I never did it without my brother in law. Cam, who sings like Chris Tomlin and plays guitar like Tommy Emmanuel, would just step into all my gaps. I never really had to sing very loud, or very close to the mic, or even very much in tune. When I was speaking, I’d step up. When singing, I’d step back.

But then Cam moved to Mozambique and I was on my own. Singing into the microphone, voice wobbly, eyes wide like a deer caught in headlights.

What was I to do without him? I considered quitting.

But then the opposite happened- our Worship Pastor resigned and I volunteered to do the job while they looked for someone more suitable.

But the church never looked for someone more suitable and I was told I was the right woman for the job.

Around this time, I’d heard a podcast by Pastor Brian Harris, speaking at Riverview Church, a sermon entitled, ‘The Holy Spirit Factor’. In the message, he told the story of a young man who was part of a group who had been called to plant a church. Harris had attended this church plant and found that the young man was a gifted, anointed pianist. How fortunate for the fledgling church! Harris commented on his great talent and was told a remarkable story; when the church first started, there was no one musical among the group. They prayed and asked God to send them some musicians. While they were praying, the young man felt the spirit of God tell him that he would be the one. He had never played an instrument in his life. God told him that he would be able to do it, and so he sat down at the piano he had inherited from his grandparents. Sure enough, he was able to play; and not just a little bit. He was very, very good. And has been playing in church ever since.

Sounds farfetched, I know. But Brian Harris is a man of great integrity and discernment so I believe the story to be true.

Inspired by Brian’s story, I started praying that God would give me a voice like famous Christian singer, Kari Jobe. I prayed this prayer for weeks, months even. I told God that once he gave me a voice like Kari Jobe, I would only use it to praise Him, to lead the church. I promised God that I would not make a CD or start touring the world for my own fame and glory.

But God did not make me sing like Kari Jobe.

I have to admit, I was disappointed.

This weekend we had professional country singers, Carter and Carter visit our church. They performed a few songs and shared their testimony. Some musicians and singers from my team helped me to lead the church in three worship songs before Carter and Carter stepped up to the mic.

The Carters watched us rehearse before they did their sound check, and I realised that I wasn’t even scared or intimidated by their presence. Just a few years prior, I feared to do a mic check because people would hear me sing on my own. And here I was, singing my heart out in front of two professionals, and I was actually enjoying myself.

I realised that although God had not given me Kari Jobe’s talent, he had hugely increased my capacity. He had taken the fear and anxiety and increased my ability to where it needed to be.

I’ve seen God do that in many areas of my life; my capacity as a parent, a leader, a writer, a speaker has all improved as I have prayed and persevered.

My friend Karen reminds me that bravery is not fearlessly stepping into every opportunity. It is about being scared and doing it anyway…

On Sunday evening, I got a message from Carter & Carter:

Loved meeting you today. I thought your worship team was one of the best I have seen as you actually worked as a team. Really enjoyed the music and singing!

As you look back over the last few years, where can you see that your capacity has grown? Are you no longer afraid to do some things that previously filled you with dread?

What is the next scary thing that you know you should just do anyway? I’d love to cheer you on and pray for you.