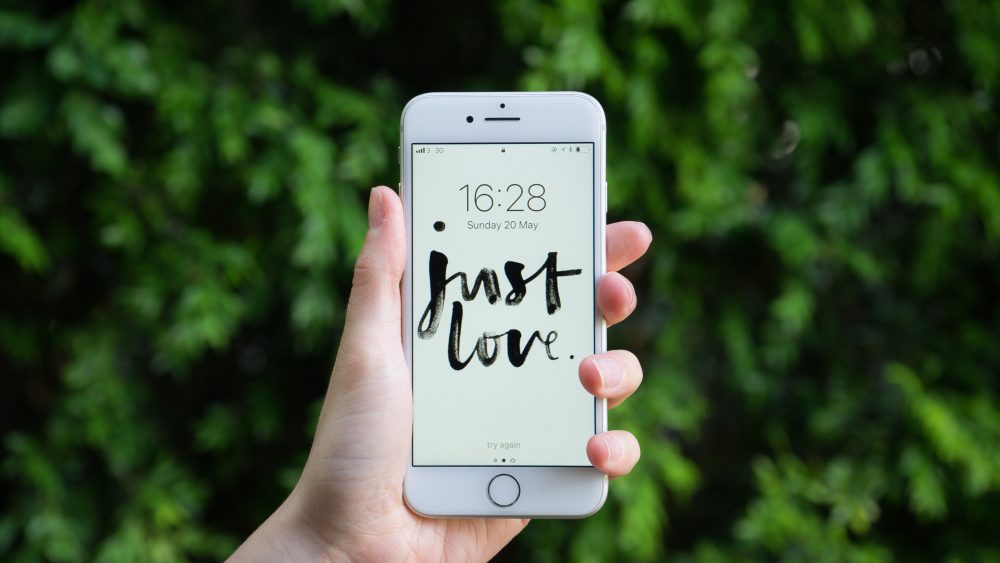 Me to my friend, Jamin: “The new screen time app says I’ve been on my phone for five hours.”
Jamin: “Yeh, that’s probably right.”
Me: “Nah, that can’t be right. I have hardly used my phone today…”
Me, via text the next day:
Jamin! I think that you have to double click the home button and flick away all the apps. I’m pretty sure it’s counting them as open because I don’t shut them properly…
Jamin: Nope, that’s time spent with the screen unlocked and the app on the screen. Scary, huh!!

That’s just how much I was using my phone. Scary indeed.

Back in October, I was feeling really stressed. I had a lot of things going on; the kids had been unwell, I had a huge assignment due, a heavy sermon to prepare and a messy situation with a friend.

I found myself filling every still moment with my phone, bouncing from one app to another and back again. It was next to my face on my bedside table when I woke in the morning and I carried it around the house when I was doing jobs. It seemed like a calming thing to do at the time- to reach for my phone every time I felt anxiety overwhelm me, but it was actually having the opposite effect. Instagram, Email, Whatsapp, Facebook, Messenger… they were all just filling me with more things to be anxious about, and causing me to avoid any kind of inner silence or stillness.

I’d become addicted to my phone. You can tell when it was at its worst, in October and November, because I’d even lined up all my Instagram pictures in a pretty white/ colour pattern.

Like my own little digital intervention, the screen time app caused me to confront my issue. And like a good addiction sponsor, it provided me with tools to help with the problem.

I removed the apps that were getting the most use: email and Facebook. I took notifications off Whatsapp and put Safari in a folder that said, DO NOT TOUCH and put it on an empty screen, out of site. I used the new app to limit the time I could spend on Instagram and I had it switch all the apps off at 8pm.

This has helped enormously and I am feeling much less dependent on my phone. I have been trying to leave it in my handbag rather than instinctively reach for it whenever I want to fill a pause with noise. I have started writing in a journal and instead of checking my email on the run, I am making time to sit down and read and reply in one sitting.

In turning my smartphone into a dumbphone, I feel like I’ve regained control. It’s gone back to being a useful tool for banking, music, photos and even the odd phone call.

I’m going to try really hard not to slip back into old habits, but if you see lining up my Instagram images in a pretty order again, you have my permission to ask if I’m okay.