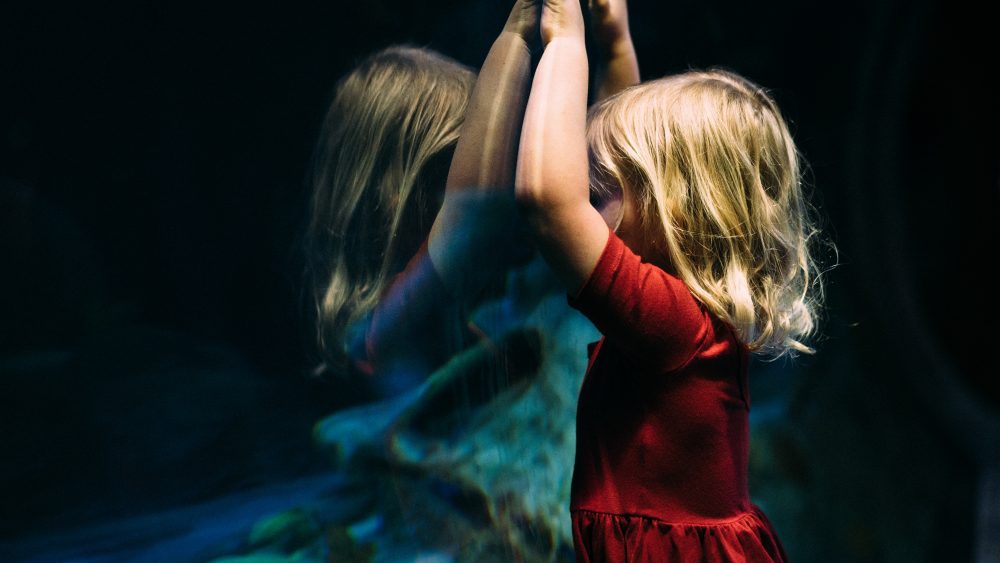 Learning from my mistakes- parenting through grief.

Despite the wobbly start, Sienna has really enjoyed daycare this year. She talks about her daycare friends all the time and because she was enjoying the social interaction so much, we decided to increase her to two days a week.

But for the last two weeks, she has cried every time I dropped her off. As we entered the centre last Friday, she pulled on my shirt so I’d bend to her level, and she whispered into my ear, “I don’t want to do Halloween.”

I reassured her that Halloween wasn’t until next week, and that she could go as something fun, like Anna or Elsa. But she said, “no, I don’t want to do it.” I looked around the room. There were a few spider crafts and things, but it didn’t seem excessively Halloween-like. I shrugged it off and told her she’d be okay.

This morning the crying started on the way to daycare. I think it has way less to do with a scary American holiday and more to do with the fact that our family has been in Struggle Town for the last few weeks, and she hasn’t had much Mum Time. She was saying, “I just want to stay with you, Mummy. I just want to stay with you!” I was tempted to keep her home, but today is the day of my Aunty’s funeral.

She calmed down and we walked in.

To be greeted by the scariest looking witch a daycare centre could conjure. Sienna burst into tears again. I hugged her tight. The witch said, “oh Sienna, today is going to be a great day! We are going to have lollies and do special pumpkin craft!”

Despite her good intentions, the witch was making it worse.

“Look, Sienna, all of your friends are here!” she said.

We looked around. A ghost was sliding down the slide. Two skeletons rode by on tricycles.

I had to leave but Sienna was screaming. The witch pried her out of my arms and she screamed even louder.

I did a runner, leaving my child, wailing and flailing, in the arms of the witch.

My Aunty passed away last week. Although she was terminally ill, we were shocked by her sudden departure. I had spent time with her only days prior at my grandma’s funeral, and she was laughing and telling us how her treatment had changed and she had more free time. Free time she used to serve her church. She loved Jesus and she loved her church.

My Aunt had the best laugh in the world. And it never stopped.

We are devastated to lose her.

On the morning she passed away, my mum called to tell me. I handled that phone call okay. I called my sisters and my dad and I handled those phone calls okay. But by the time I called my mother in law, panic had set in and I was a high-pitched, gulping, snotty mess.

But the younger two had followed me out to the driveway where I’d paced back and forth while I was talking. They had heard everything I’d said and their eyes were big as saucers.

Mum was crying, so they cried too.

We piled into the car. I hadn’t brushed my hair or teeth or put on shoes.

I pulled into the Kiss and Go and the girls got out of the car. But I’d failed to notice that my six-year-old, Millie, was still crying. What was I to do? I had no shoes on. George offered to walk her to class. I pulled out of the carpark knowing it wasn’t my finest parenting moment. But my mind was on my mum. I had to get to my mum, who had gone to her sister’s side.

The week was tough for Millie. Two nights later she told me she didn’t feel right. I asked her what it was. She said her brain felt like it had been taken out and put back in upside down, and that she was just really sad.

I gave her an extra-long cuddle that night.

The next day she couldn’t go to school. She said she had a headache.

That night she cried for about two hours after we tucked her in. Eventually Leigh got her up and held her on the couch. I went to the servo and bought us all an ice cream. She stayed up with us till quite late and then fell asleep with dad by her side.

Our dog had died. Our Oma and our sweet Aunt had gone to be with Jesus.

And it was all too much for Millie.

As I reflect on the last two weeks, I think I’ve learned the hard way that I have to be wiser about the way I deal with the big stuff in front of the kids. If I could go back in time, I would do that morning differently. I would have paused before calling my family. I would have kept the death of my Aunty from the kids so they didn’t go off to school with all of that swirling around in their minds and hearts. I would have put on my brave face, and then found a way to tell them about it when I had time to cuddle them and answer all their questions.

I’m not going to beat myself up about it. I handled things badly, but I’ve reflected on it, and I will do better next time.