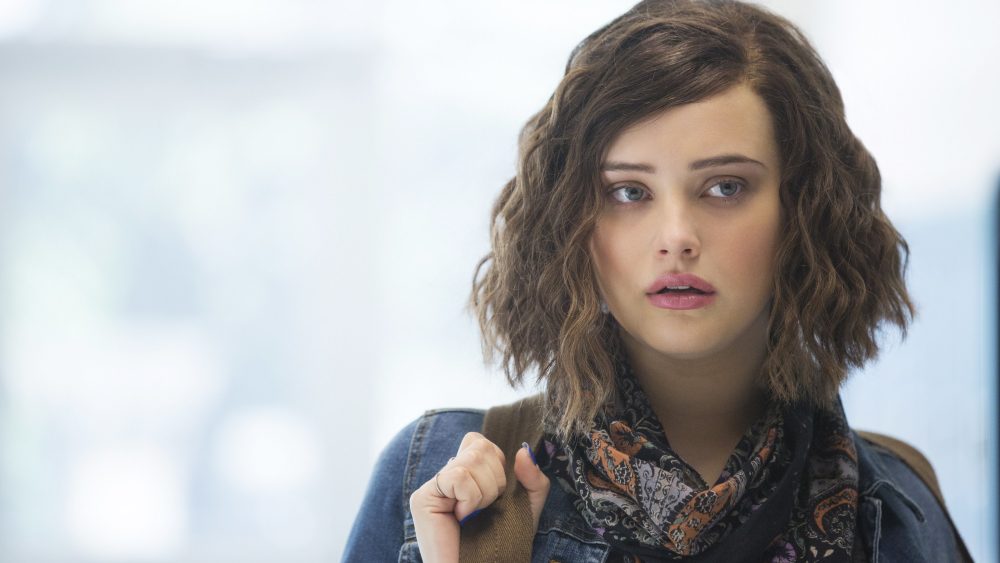 Thirteen Reasons Why: A Review

My husband claims that if something happened ten or more years ago, he simply can’t remember it. That’s a shame because our eldest daughter just turned ten. I’ll have to show him some pictures. I, on the other hand, am blessed with a very good long-term memory. Or maybe it’s not a blessing. It depends on the memory, I ‘spose.

I have very vivid memories of my high school days, and some of them are days I’d rather forget. At seventeen, I remember my best friend striding up to me one day and saying, “don’t you ever speak to me again, you stupid b!@#h!” and walking away, leaving me stunned and confused. I asked another friend on the bus on the way home if she knew what I’d done wrong and she said, “we can’t believe you said that. We don’t want to hang out with you anymore.”

I tried to call my friend and sort out the problem. I genuinely had no clue what it was that I had done. I stood next to the wall in the kitchen and twisted my finger around the phone cord while she screamed abuse at me down the line. It was an unsuccessful call. She hung up after I heard her mother, hovering in the background, say, “just hang up, sweetheart. She’s not worth it. She’s just a b!@#h.”

I was cut off from my friendship group and had to find a new bunch to hang out with. I never found out what it was that I supposedly said. I also never really found a new group that clicked and by the end of school, I was a really lonely person. You never would have known it though. I was the head girl. It probably seemed like I had a lot of friends. On the outside it’s likely I appeared to be quite fine.

High school can be a cruel place.

Peers can be brutal.

I went on to be a high school teacher. Working closely with Year Eleven students as a Head of Year, I saw them face similar experiences that I had gone through. Only their pain, embarrassment and social isolation was made worse by the fact that they all had mobile phones.

Teenagers are the best kind of people on the planet; fun, complex and often full of wonderful dreams and big ideas- I love them! I love their inventive use of language, their creativity and their bravery as they grow in this big, scary world. This is part of the reason I am drawn to writing young adult fiction, and the reason that I switched on the new Netflix series, Thirteen Reasons Why.

The world of teenagers is fascinating.

And so is the show.

Thirteen Reasons Why tells the story of Hannah Baker, a sixteen-year-old girl who takes her own life, but not before recording a bunch of cassette tapes in which she explains the reasons for her suicide, blaming many of her peers for the cruel things they did to her. As her anxiety and guilt riddled friend Clay Jensen listens to the tapes, he is transported in his mind to the time of the events.

The show is heavy with emotion and very difficult to watch. It is hard to see all the cruelty inflicted on Hannah by her peers; false rumours about her promiscuity and sexuality, the cruel photos blasted to everyone in the school. She is stood up by friends, let down by others, groped under tables by boys who think she is easy, gossiped about and lied to. And in the end it becomes too much.

It is a show for teenagers but I think you should watch it.

The parents and teachers in 13 Reasons Why are completely clueless as to the pain and abuse that their children are going through. In one heart breaking scene, Clay, deeply depressed and broken by the grief and guilt of losing Hannah tells his concerned but naïve mum, “you can’t help anyway, Mum.” He does not believe she would ever understand. And she doesn’t even seem to try.

Watch the show. Watch it to the end. It is confronting (and it has a lot of swearing in it.) But it is raw and as real as fiction gets. Although the examples given are pretty extreme, the general gist of it is lived experience for far too many of our young people.

If you have teenagers and they are watching this show, it is even more important that you watch it. Then talk about it with them. Talk about the way suicide is depicted in the show. Talk about what Hannah should have done differently. It is distressing, and if your kids are watching this without you, you need to plop yourself down on the couch with them, or pop an earbud out of their ear and put it in your own.