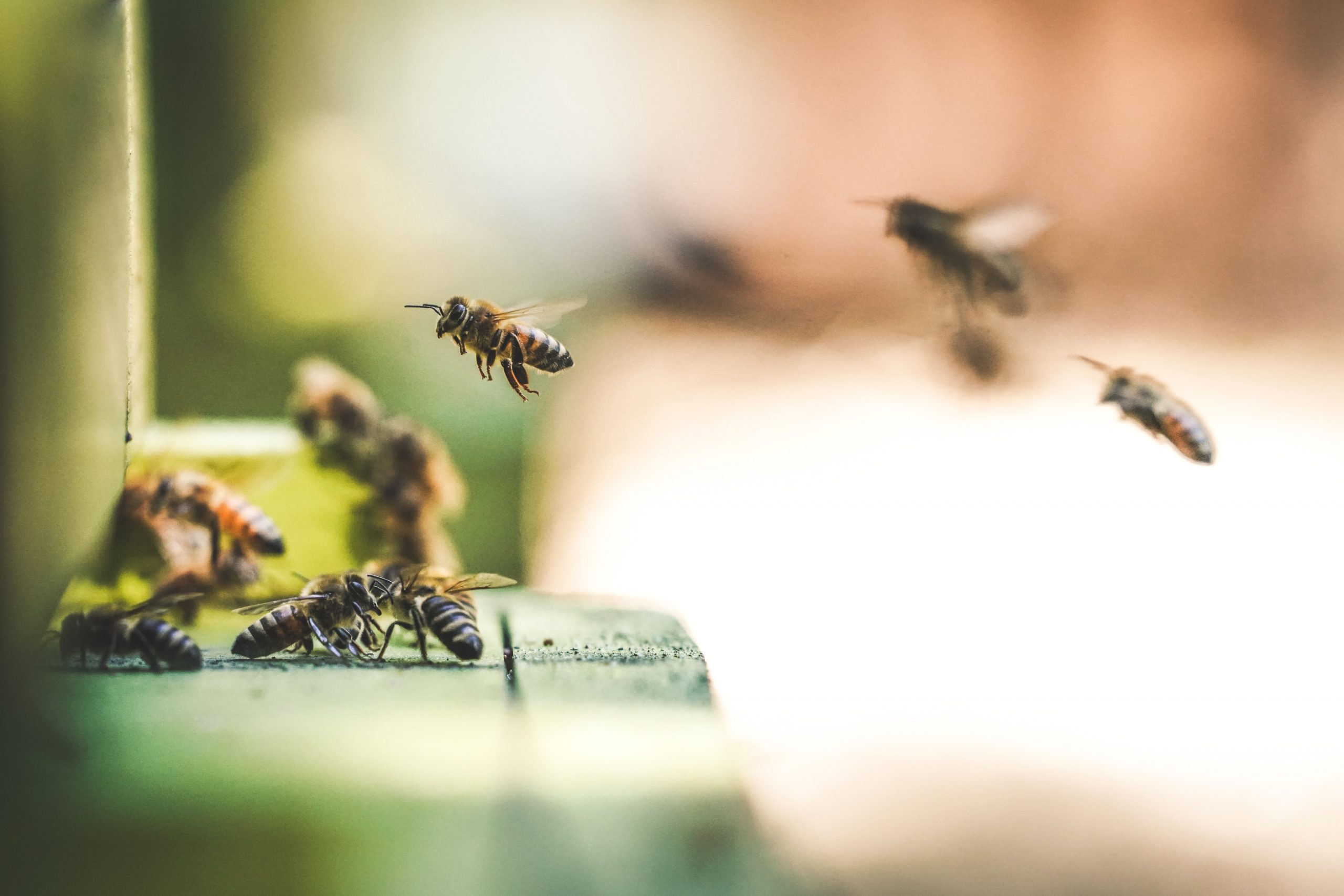 In the busy life of the bee world, the Queen Bee reigns supreme. Nurtured in her role as the provider of life, she is the only queen in a colony of honey bees that may number 60,000 or more. The Queen Bee is the largest bee in the colony and the only one capable of stinging multiple times and surviving.

The Queen Bee had to fight for her title. The firstborn of a number of sisters who had the potential to be queen, her first move was to search for yet-to-be-born sister queens. She then used her stinger to kill them in their cells, ensuring she is the only queen in the colony. To implant her deadly stinger, the newborn queen chewed through the wax capping off her sister’s cell with the help of worker bees. If two potential queens were born at the same time, they fought to the death to claim the role.

The Queen Bee is a fierce combatant who will do what it takes to rule the colony.

This whole thing clearly works well in the Bee world. In fact, without a female born with the instinct to rule, there would be no Bee world.

Sadly though, Queen Bee behaviour exists in the human world too. The desire to destroy one’s sisters to stand alone on the stage or rule the corner office is behaviour that can be observed in many places where humans swarm.

The Queen Bee Syndrome, first coined in the early 1970s, describes a woman in a position of authority who views or treats subordinates more critically if they are female OR a woman who has succeeded in her career but refuses to help other women do the same. The fictional character Miranda Priestly, played by Meryl Streep in The Devil Wears Prada is the personification of all that is bad about the human Queen Bee. Miranda rules the fashion world and is feared by her underlings who she commands with manipulation, intimidation and snark.

Queen Bee behaviour can also be seen among adolescents, with one teenage girl asserting her dominance and control over the others through bullying behaviour (think Regina George from Mean Girls.) It also shows up in academia, in politics (Margaret Thatcher?) and sadly, it can be seen in the church.

At the heart of it, Queen Bees are actually very fragile creatures who fear being usurped. Her power is her identity and the source of her sense of worth. She fears other strong women because, in the mind of the Queen Bee, she is only significant as long as she dominates. She has no sense of her own worth outside of the role she plays.

For this reason, the more appropriate response toward a Queen Bee is that of pity. And the more Jesus-like response is love.

Have you ever been a Queen Bee? I think I might have slipped into that mode from time to time. Out of a sense of fear, that if I don’t protect what I had fought for, I’ll lose it all.

I’ve learned, however, that when you function out of a place of peace, not fighting for your worth, there is no place for fear. You’re more inclined to share your power, to look for ways to build others up, to collaborate, cheer, and celebrate your sisters.

This summer, our family had the chance to holiday in Busselton with friends from our old church community at their very laid-back church camp. This was something we’d often done we were part of that community and it was beautiful to be welcomed back and included so warmly.

On the last day of the camp, I received a text message from the lady who had skilfully organised the event. She had done a wonderful job and was a big part of the reason the atmosphere had been so warm and inclusive. In her text, she asked me if I would speak a blessing over the group as we gathered to conclude the week away. She also sent me a blessing she had found that fit with what she was thinking. I felt honoured to do it and responded right away that it would be my pleasure.

But then I felt the spirit say, “it’s not your place.” I realised that the woman had respectfully deferred to me as a leader, and that in taking on that spiritual duty, I would be inserting myself where it was not appropriate. I text her back that I was happy to do it, but I thought it would be good and right if she did it herself, and that she should read the blessing she had sent me.

Later that morning she came up to me and said, “are you sure?”

“Of course!” I assured her, which was all she had needed in the first place. The encouragement to lead.

I felt sad that I’ve been like that in the past, and pleased to see how I am growing.

There is no place in healthy communities of people for a Queen Bee. We should leave that kind of behaviour to the insect world. The best leaders are the ones who look for opportunities for others to grow stronger and more confident. A truly evolved leader takes delight in the raising others up, even when it means those people surpass them in skill and take on opportunities they would have liked for themselves.

And a healthy leader doesn’t find their sense of worth in any of it- not in the task of leading people, or pride in the leaders they have developed.

They can take or leave all of these roles because they are not defined by any of them.